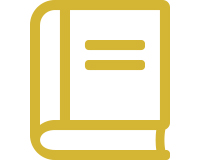 Plaintiff or Petitioner
The person or party who files the case in court by filing a document in the court called a complaint.

Defendant or Respondent
The person or party who is being sued in a civil case.

Nol Pros
A Latin term which is a formal statement of the prosecutor, indicating that a criminal or motor vehicle charge will not be prosecuted.

Continuance
Postponement of a hearing or trial. If a party cannot attend a hearing, they will be required to file a Motion to Continue. When the court schedules a hearing, the clerk’s office sends all of the people involved in the case a hearing notice with the date, time, and location. The party may file a written request with the court asking that the case be continued to a different date or time.

Motion
A request made to the judge to do something in an existing case.  Motions are typically made in writing.

Objection
When a person involved in a court case does not agree with a request made to the court, an objection to the motion can be filed with the court. The objection must be filed on time, typically within 10 days of the date the motion was received by the court.

Pleading
Any document filed with the court asking that the court do something.

Appearance
The party or their lawyers has been notified of the case and are advising the court and the other party that they intend to contest the case.

Docket
A daily list of cases to be heard by the court.

Evidence
When a case is filed in court, the judge or jury has to decide it based upon “evidence” which are facts, documents or other things presented in court.  The decision whether to consider any evidence is made by the judge.

Offers of Proof
A summary of what a witness would say if sworn to tell the truth at a court hearing.

Civil case
A case that involves rights and obligations among the parties which are established by agreement, or by law, or by accepted standards of conduct.

Criminal Case
A case where the government, through a prosecutor, claims that a person has broken a criminal law. The defendant can be sentenced to serve time in jail or prison and can be fined, ordered to perform community service, pay restitution. And can be placed on probation and required to report to a probation officer for a period of time.

Visit a court to observe a hearing or trial

Visit a court to observe a hearing or trial

A very good way to learn about court procedures is to visit a court and observe a hearing or trial. Call the court clerk's office in any location to find out the court schedules, which vary from place to place. To find the court nearest you, go to Find Your Court.